A downloadable game for Windows and Linux

Can you escape the night terrors and return to the colony?

Attempt just that in this top down tower defense action strategy game! Fortify your base with thick walls! Make access points in them with gates! Build generators to power silos to earn a cash flow! And finally build a network of towers to defend your base from the ever increasing horde of enemies!

Will you last through the night and pay off your rescue debt in time to summon help? Or will you be lost to the tentacles of the brain like (and brain hungry!) alien fauna?

Play the Colony First alpha to find out!

Here's my let's play before my wall of text review:

I really liked this game. I said it in the video, but it is really solid for an alpha build. I have some nitpicks though. Will the objects be destroyable in the future by the main character? In my second attempt, I accidentally trapped myself and rescue came but I couldn't leave since I was trapped. I also didn't like that a white square was the icon of the thing I was going to put down, because people could get confused if they hit another thing by accident and placed something they didn't want to place. I don't know if it will be changed later on, but I suggested like a semi transparent version of the item I am going to place so there is a visual cue of what I am placing. I was kind of lost in my first run, but that's because I overlooked some things from the itchio page. Like I didn't know that the yellow number was the available power until later on. However that's just me overlooking things. When everything blew up at the end of my first run, it gave me a little jumpscare since I wasn't really expecting that to happen lol. There also seems to be a bug where rescue arrives, and I am stuck so I can't get to the rescue, and the timer kept going after it hit 0 and went to negative times. I have no idea what's on the list for future updates, but I just wanted to point things out.

Onto the positives: I really like the idea of building your own base and defending against waves of things, waiting for rescue. I also like the music. I didn't get bored of it, and it fits the game in my opinion. The controls are solid and responsive, and overall I liked it. A really good demo (despite my nitpicks) and I enjoyed it a lot! It has a lot of potential and can't wait for future versions!

Hi! Thank you again for your Let's Play! I'll hopefully be addressing some of your concerns in the future! If you have an itchio press account don't forget to link your review to the game! Thanks again!

huh I didn't know they had an option. Signed up!

I totally forgot about it, but I finally linked my video to the press link area!

Thanks for your support! 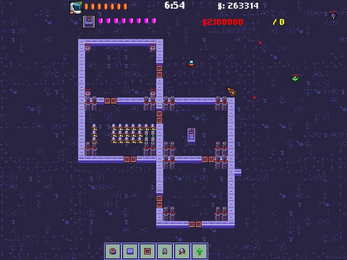 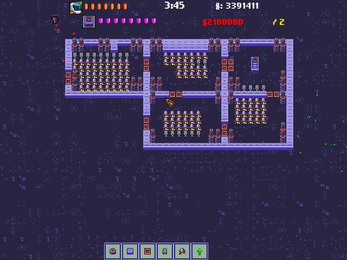 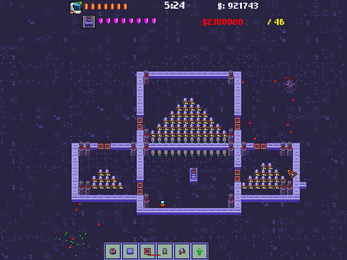 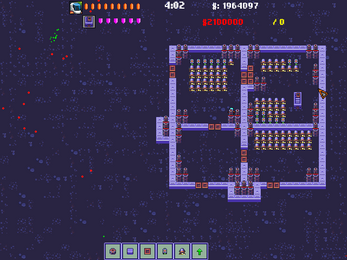 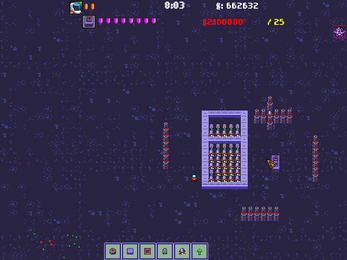